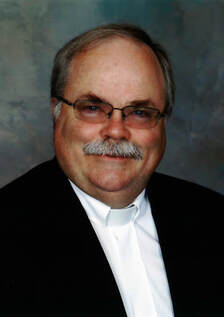 Vicars grew up in the Okanagan Valley of British Columbia. After high school he went to work for the F.W. Woolworth Company – in Kelowna, BC; Thompson, MB; and at then at their Toronto Office. He spent the next 20 years working in various management positions in retail and light manufacturing. A lifelong Anglican, most of his early years were devoted to pursuing the myth of the self-made man.

All that changed in April 1983. Vic says: “Our gracious God finally got my attention and I surrendered – I gave all that I am, and all that I ever will, be into the trustworthy hands of Jesus Christ. He is done a good sight better job of running my life than I ever did – and since then it has been quite a ride!” A year later, supported by his wife, Carole, Vicars returned to school, graduating in 1987 with a BA (English & Psychology) from Huron College and then studied Theology at Wycliffe College in Toronto, graduating in 1990 with an M.Div.

After ordination, Vic served as Asst. Curate at St. Stephen’s Memorial, London and then incumbent of Christ Church, Glanworth. Later, for about 8 years, he was Rector of St. Paul’s, Wingham (with Belgrave & Lucknow.) In 1999 he was called to St. George’s Church, Saint John, NB., an inner-city parish with significant ministry to a hurting neighbourhood. 2003 was an eventful year as he was made Canon of Christ Church, Cathedral and Archdeacon of St. Andrews – and also appointed to serve as the first Rector of the newly created Parish of the Nerepis and St. John. This involved the amalgamation of 7 churches and as the congregation would not fit in any of the former facilities, all were deconsecrated and closed. The Church of the Resurrection met for 5 years in a public school theatre before their new facility was finished. In 2012 Vicars responded to God’s call to serve as Rector of Trinity Anglican Church. He was also appointed a Canon of St. Paul’s Cathedral, London with a particular role as Canon Missioner.  Beyond the parish, Vic has served on both Diocesan Council, General and Provincial Synod and in many other ministries at the Diocesan and national church level.

Vic is proud to be the father of three adult children and two grandchildren. Vicars describes himself as a “someone who is learning how to follow Jesus.” He has a passion for God’s word and encouraging the faithful to discover and use their gifts for Kingdom purposes. Vicars is excited about the challenges and the possibilities at Trinity Church and is particularly encouraged by the leadership team that is in place.

Rev. Musa Daba - Presently On a Leave of Absence
Rev. Musa Daba is the Rector of Trinity Anglican Church, the senior pastor with the overall responsibility of leading our ministry.  Musa and family arrived in Sarnia in August of 2019.  Rev. Musa, his wife Levidia and daughter Jessie came to Trinity from New Zealand.  They had lived and served in Bermuda previously to New Zealand. 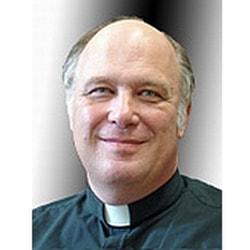 Rev David Hewett  Honorary Assistant
​E-mail Rev David Hewett
David’s particular ministry emphasis is pastoral care, he has served Trinity in many ways during many different seasons of growth and change, even though Dave has retired he continues to serve the people of Trinity with sincere dedication and grace.  David grew up in St. John’s Anglican church in Leamington, Ontario where his family was very active.  He received a B.Sc from Guelph University, and then taught physics for 1 year at his alma mater, Leamington High.  He earned his teaching degree from Western University in 1972, moved to Petrolia to teach science and math for 29 years until June 2001 when he retired.  During his time in Petrolia he met & married Sheila, a teacher-librarian at LCCVI in 1973. They have 2 children: Olivia, a graduate of McGill University and Wheelock College, who lives in Newton MA where she is a first grade teacher.  She is married to Matt who is an ESL teacher in downtown Boston.  Son, James, a graduate of Windsor and Lakehead Universities lives near Grand Bend and is a French Immersion Teacher at Brooke Central School.  His wife, Katie, is a teacher, too, at Watford.  And, they have the first grandchild, Maggie, born Feb 2012.
Dave was very involved in the community life of Petrolia, serving eleven years on the town council, which included five years as Mayor of the town (1980-1985).  And, he was an active member of Christ Church in Petrolia serving on the Parish Council, as Warden, Sunday School Superintendent, and Layreader. In 1989 he felt called to ordained ministry and began studies through Montreal Diocesan Theological College. In the fall of 2001 he enrolled in the Master of Divinity Program at Huron University College in London. Dave was ordained in May 2003. Dave believes that the gospel preached by Jesus Christ is the surest foundation upon which to build a life and that the ultimate source of happiness lies in following Christ. 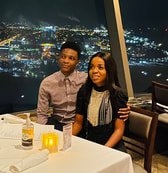 Maud Muchena Youth Leader - On Leave of Absence
​Maud Began working at Trinity December of 2020.
Her Bio - I was born and raised in the Anglican church, and I was baptized and confirmed in the Anglican church. At the age of 13 that's when I received Christ to be my Lord and personal Saviour, I will admit it has not been smooth sailing but I have continued to rise up whenever I fell and continued to follow our Lord Jesus Christ.
From then on I was engaged in the work of God being chosen as a Student Advisor in high school for our Scripture Union group. In university I volunteered in Orphanages and organized outreach programmes in deprived youth homes by providing food, companionship and sharing the goodness of the Lord with them. I proceeded to be a youth worker at our Anglican Church when I finished University, working part time.
Through my spiritual walk with Christ, I began to realize that my purpose was aligned with the youth ministry. I have always found myself seeking to help the young generation find the light in our Lord Jesus Christ. It has been my passion and I have actively seeked to be engaged and as well share the word of God with the youth. The Lord has used my life to be a testimony and an encouragement to the youth of today and it has been a fulfilling experience to share the word of God with them.
When this opportunity came along, I knew I had to take it up because this is where God was directing me to God. And I know that throughout this journey, it will be God leading me all the way and I am just but a humble servant ready to do the work of God.
I am blessed with a God-fearing husband who has supported and encouraged me to pursue the purpose God has bestowed on me. We recently moved to Sarnia in March from Toronto, coming to Trinity Anglican Church has been a blessing to my family and we appreciate the love that we have been shown since coming here.

My roots are here in Sarnia as this is the city that I have always called home; I was born and raised here in “Bluewaterland”. My church background was with the Salvation Army until my early teen years. After being away from church for a while I felt led to start attending Trinity with my (then) future mother-in-law and have never looked back; this was in 1973.

Throughout my 44 years at Trinity some of the things I have been involved with are singing in the choir under the direction of Arva McKenzie, teaching Sunday School, leading a team of volunteers to revamp the facilities (FIT team), secretary of Parish Council, participating as Stage Manager/Assistance Director in our major play productions and worshipping through the Praise Band and Praise Singers under the leadership of Joy Cafazzo.

When Joy retired in November 2016 I felt that God was nudging me to “step up” so I volunteered to fill the role on a “trial” basis. Although there were many aspects of the role that I had no idea about, I quickly became very comfortable with the role and felt an increasing awareness of just how God was working in my life through this Ministry. This awareness helped me to make the decision of taking ownership of the role of Music Director.

In my “spare” time I work three days a week as the secretary for a Construction Trade Union Hall and have done so for 27 years. My husband Doug and I are pleased to call ourselves mom and dad to three adult children and their spouses and Nanny and Poppy to three beautiful grandchildren, namely, Cole, Chloe and Blythe.

I feel truly blessed to be a part of this amazing group of people here at Trinity and look forward to serving in the capacity that God would have me do.